Floating hospital, hospital boat.
Healthcare on water is an old idea. Looking back into history brings up for instance the athenian fleet with the “Therapia” and the roman fleet with the “Aesculapius”. The navy and military connected ships focused to care for the wounded or to support evacuation. The Royal Navy influenced a lot of developments in the 17th century and up to the present day there are these kind of ships within navys around the world. Like the RFA Argus of the Royal Navy, a 100-bed medical complex.

When going into this subject it is hard to cover all the engagement to care for people by a floating hospital or hospital boat. Lets zoom in on three projects. 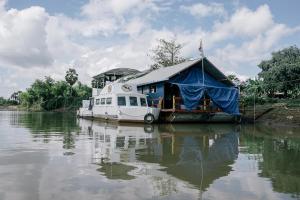 5 minutes video (indonesian) to see more about the services, statement of Dr. Lie Dharmawan – founder of doctorSHARE
After first 2 years from 2013 to 2015: helped more than 10’000 patients and delivered over 500 surgeries 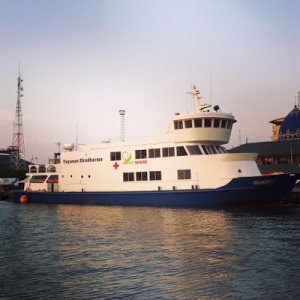 Mercy Ships. 16 locations. The lifetime legacy is simply too big to be placed here at codoureyrocks. As an information snack just this: M/V Anastasis, 29 years of service – 275 ports visited in 23 nations, 1 mil services at a value of 330 mil USD, about 1,5 mil beneficiaries. 18’800 surgeries and 137’000 dental treatments. Wow.

RECAP
Hospital on the water, near the water. I was diving into an incredible history with such a lot of details, I am still feeling a bit dizzy. And it is just not possible to cover ALL of the actual services about hospital healthcare connected to boats. Thats why I have chosen 3 projects with 3 different missions. All of them are totally impressive, contribute sustainability and hope and deserve being recognized and supported. I was drinking almost about 10 big cups of coffee, listened to a lot of music, had some hours of enlightenment. Healthcare is great.